Recently I removed an old task from a PierToDo. I noticed it raised a walked-back from PRAdminRemoveCommand>>#doValidate. The problem was the message self pierAdminAnnouncer returned nil. I was able to reproduce the problem in a clean Pier image using a simple component:

Removing the page that contains the component does not raise the error.

Another problem is that http://localhost:8080/piersetup does not open due to missing the TWBSTabWidget class.

A straight-forward way to resolve this is to remove Pier-Admin from the Pier baselines. It is part of the add-Ons baseline, and the extentions are in part of the core baseline.

I recently started playing a game against my wife called anagrams. Since she is rather good at it, my first attempt was to use command line and the MacOS dictionary:

This wasn't very fast since it took too long to type the pattern, and also to guess what double-letter options should be avoided.

Next, created some Smalltalk code for possible matches:

This takes care of the double-letter problem, and won my first game. Unfortunately it requires a change in the pattern (the text ufmets above).

To make this faster, the next step is to allow the pattern as a command-line argument, this booklet explains the idea. Creating the class:

On the class side, created:

After staving the image, this can be ran as:

As I was writing this, 3Blue1Brown released a wordle video that is related.

While working on the Pier editor, I've ran into several issues understanding the code (see Displaying Variables in Pier). To get a little more momentum, I started working on one of the Pier Components, the JQuery Cycler.

After working for a while, this may not be the most effective work - a slideshow like this can be done in CSS and HTML (see this example): 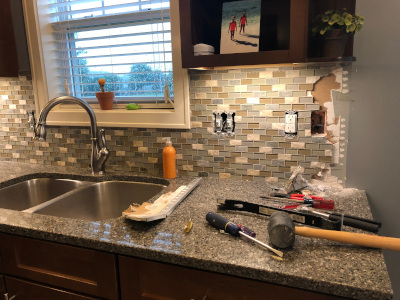 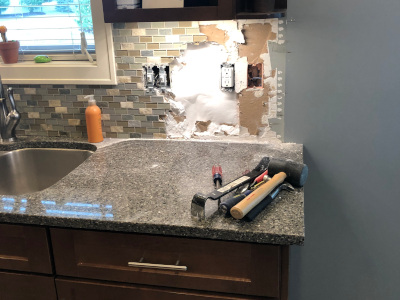 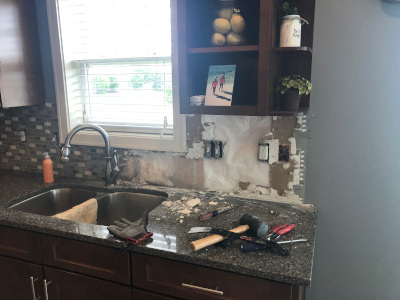 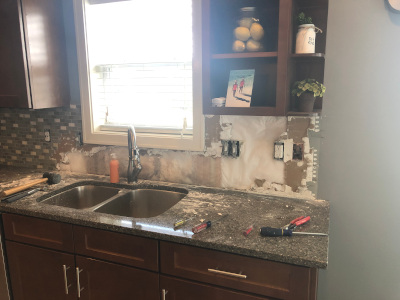 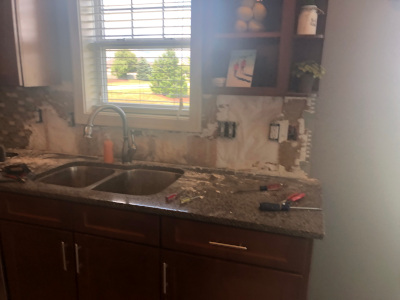 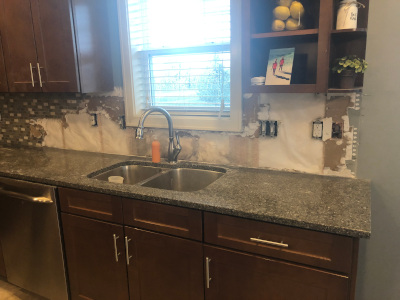 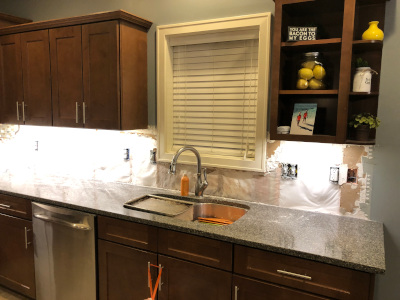 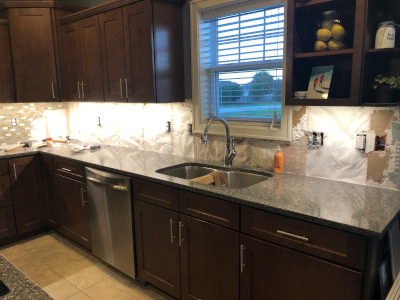 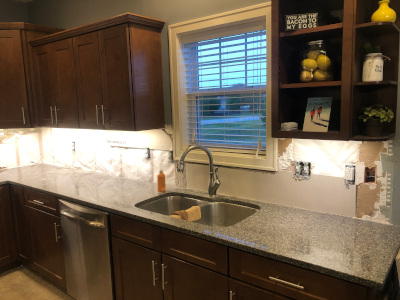 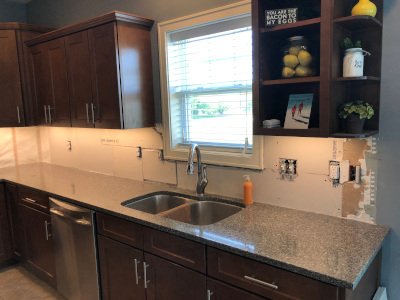 This is from when I removed the tile in my kitchen and added drywall.

After upgrading this wiki to the latest code, the changes report displays the user as:

While this only affects logged-in users who view the changes, it is annoying.

When researching this, I found:

One option that resolves the issue:

This seems like a better solution since there are many problems. One is Pier does not yet work on Pharo 9 (first issue is in Pillar). I also noticed problems running Exercism in the new version too (seems to work best on Pharo 8).

More information on the Pier changes feature can be found on Complete Task in List of Changes.

This uses the Buenos Aires Smalltalk group's docker work and here-docs (just create the files with the text between the greater-thans and the closing bang if your shell does not support it):

The last command should display the transcript message of pier running. If one connects to http://localhost:8080/pier the basic pier in a web browser. By changing load-project.st with another pier project or branch then a larger project can be tested.